Are Disappearing Contrast Agents the Future of MRI? 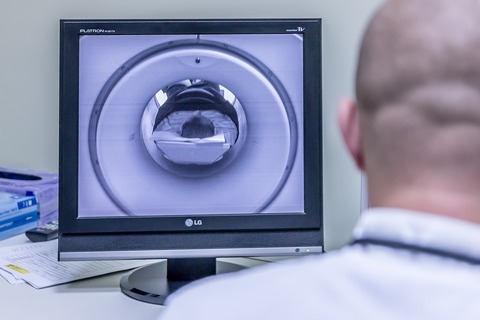 Contrast agents illuminate the body’s organs and tissues, making it easier for physicians to accurately read the MRI scan. However, it can be challenging to identify the agents from the actual body, so researchers from the California Institute of Technology have created “erasable” contrast agents that can be turned off with ultrasound.

"It's the same principle behind blinking bicycle lights,” said Mikhail Shapiro, assistant professor of chemical engineering at Caltech. “Having the lights turn on and off makes them easier to see, only in our case we just blink off the contrast agent once.”

In their paper published in Nature Materials, post-doc scholar at Caltech’s ShapiroLab, George J. Lu, PhD and his team explain how they used gas vesicles, which are nanoscale structures naturally produced by microbes. Their protein shell with a hollow interior can act as a flotation device to control access to light and nutrients. Their airy nature enables them to bounce back soundwaves in unique ways, making it easy to tell them apart from surrounding tissue. They are also identifiable in MRI scans because the air in their chambers behaves differently than their neighboring aqueous tissues, making them appear darker in MRI images.

The researchers were able to detect the gas vesicles in some issues and organs in mice, such as the brain and liver. They were also able to turn the gas vesicles off when the ultrasound waves reached a high level of pressure.

"Clearly visualizing MRI contrast agents is a longtime, lingering problem in the field," said Dr. Lu. "With our new study, we are showing how it could be possible to erase the contrast agent, making it much easier to read MRI scans properly."