Do Gena and Chuck Norris Have a Right to Sue Over GBCAs? 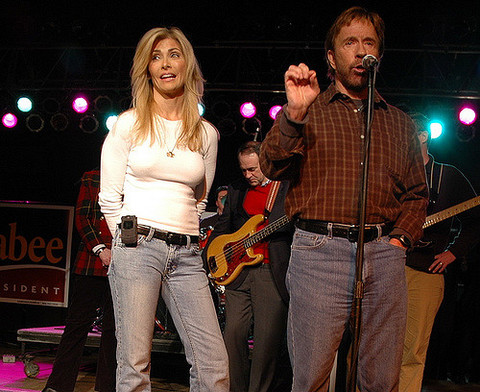 Hollywood street fighter Chuck Norris and his wife, Gena Norris have filed a lawsuit in the San Francisco Superior Court claiming that Gena was poisoned by a gadolinium-based contrast agent (GBCA), the substance used in MRI or MRA procedures to enhance image quality.

The couple is seeking over $10 million in damages from several healthcare companies, including pharmaceutical company McKesson Corp and Bracco S.p.A., an Italian healthcare company. Their attorneys at Cutter Law P.C. of Oakland state that these manufacturers knew of the toxins these agents carry and neglected to distribute warnings.

Gena underwent MRI for her rheumatoid arthritis. In the lawsuit, the Norrises insist that in 2012, after several MRI procedures, Gena experienced a “burning pain throughout her body,” powerful shaking, weakness, and numbness. As a result of the GBCA injections, she says she suffers cognitive impairments, kidney damage, and difficulty breathing. She later sought out chelation therapy, a controversial method used to evacuate gadolinium from the body. She also underwent stem cell treatments, and now carries a $20,000 “electronic pulse machine” to deter the “hot poker” feeling that sometimes travels up her spine.

The Norrises say that if they had been aware of the risks of GBCAs, then they would have refused the drugs. However, published research shows that GBCAs have been known to result in adverse reactions for people with kidney and renal problems. radRounds has also reported on agents consisting of organic nitroxide compounds that are free from the toxins associated with gadolinium metal. When it comes to neural activity, experts have recommended that physicians administer GBCAs with caution.

Gena’s putting the blame on the health care companies, not the physicians. “I don’t blame the doctors at all,” she told the San Francisco Business Times. “[Companies] have been keeping things hidden and in the shadows.”