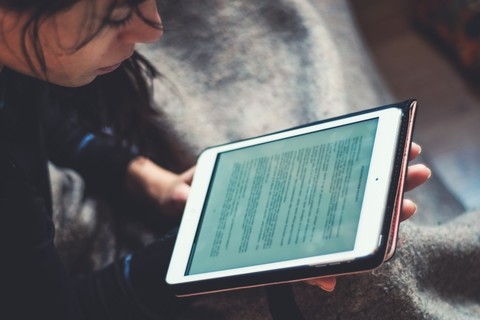 Technology has expanded medical resource accessibility for both physicians and patients. Online portals foster stronger and more effective communication, allowing patients to get hands-on insight on their diagnosis, treatment plans, and imaging reports. However, according to a study recently published in the Journal of the American College of Radiology, despite the fact that these radiology reports are intended to be educational resources, patients struggle to understand the vast quantities of their medical vocabulary.

For the study, a group of researchers from the Emory University School of Medicine led by Nadja Kadom, MD, read 55,575 radiology reports written by Emory staff. They graded the reports based on readability using a five-point scoring algorithm. Overall, they found that the vast majority of the reports were written for readers at a twelfth-grade level whereas guidelines recommend they use only fourth to sixth grade level vocabulary. Out of all the specialty reports, neuroimaging was the “least readable” and mammography reports were the easiest for patients to understand.

In the past, researcher physicians have advocated for implementing a domain-specific glossary in radiology reports so that patients can better understand imaging terminology. Dr. Kadom’s team suggests a multimedia approach to reporting that features link to terms, diagrams, and text modules that define the details of diagnosis.

“Although improving patients’ understanding of radiology reports is a very important goal, initiatives to improve the readability levels of radiology reports could result in unintended consequences,” wrote the researchers. “In contrast to patients, provider and payer stakeholders, such as radiologists, referring physicians and insurers, typically seek nuanced granularity for imaging comparison purposes, clinical decision-making and insurance coverage.”

I mean, a radiologist has a (more or less) vast medical educational background. Radiologists do NOT write reports for the patients to understand, BUT for the reffering doctors. 'patients struggle to understand the vast quantities of their medical vocabulary.' This is exactly what i am talking about. And to take this away would mean lowering the standards of an, otherwise, normal medical vocabulary.

I currently live and work in Sweden (i have romanian origins) and, for me, this is actually a problem. Writing reports so as the patients understand what i am writing. And not only the patients. There are doctors that may not understand words as 'symphalangism', for example, i was advised not to use such (MEDICAL) words. And i don't think this is normal. I went through 11 years of education, not counting or mentioning the perpetual (meaning continous) medical education that each doctor faces. You can not suppose for a patient that barely knows where his liver is situated to know every word i write (in my opinion, if that is the case, it means you have quite a limited medical vocabulary).

'Out of all the specialty reports, neuroimaging was the “least readable” and mammography reports were the easiest for patients to understand.' really now? There are a lot of doctors that are puzzled by neuroradiology reports. And that is consequently to the complexity of neuroradiology.