Is Mammography + MRI the Key for Early Detection of Breast Cancer? 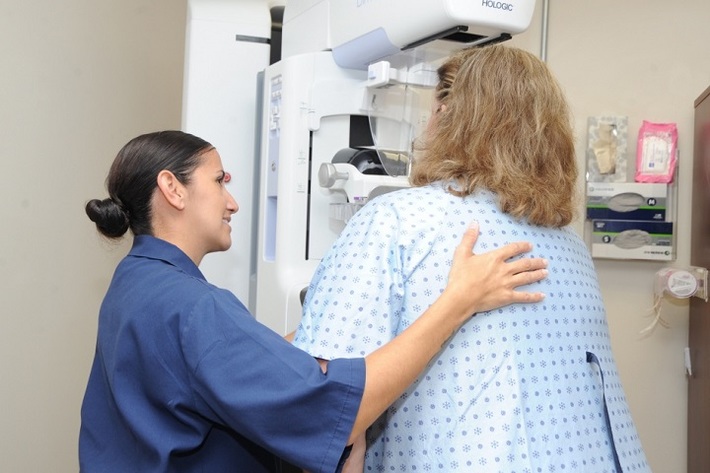 Dense breast tissue not only increases a woman’s risk of developing cancer, it also makes it more difficult for physicians to identify possible tumors. However, emerging research from University Medical Center Utrecht in the Netherlands has found that implementing magnetic resonance imaging (MRI) screening in addition to mammography can be a more effective cancer diagnosis method in patients with dense breast tissue than mammography alone.

Over the course of two years, the group of researchers led by Carla van Gils evaluated 40,000 women with immense dense breast tissue with mammography and 4,783 were designated to receive both mammography and MRI. The researchers then analyzed the number of invasive cancers that were spotted in between those screenings. Ultimately, they found that women were diagnosed with fewer cancers when undergoing both types of scans than those who just received mammography; more specifically, a rate of 2.5 cancers per 1,000 whereas there were five per 1,000 in mammography cases.

The dual mammography and MRI method could be a monumental early detection practice, and for women with dense breast tissue, the protocol could be lifesaving. However, van Gils cautions that MRI can produce false positives. According to Reuters, out of all the participants who received both mammography and MRI, 9.5 percent were asked to return for a biopsy and there was an 8 percent false-positive rate for those who presented suspicious symptoms.

“What we’re already seeing in the first round of screening is a learning effect,” said van Gils. “What’s likely to happen is, if a woman comes in for a second or third MRI, the radiologist will have prior MRI material to look back on, and it becomes easier to see if something has changed or not. That will help.”