CHICAGO — A randomized, controlled study comparing standard conservative therapy to a minimally invasive treatment called percutaneous disc decompression for painful herniated disc revealed that while both treatments help patients in the short run, only disc decompression kept patients pain free up to two years later. Results of the study, the first of its kind, were presented today at the annual meeting of the Radiological Society of North America (RSNA).

Discs are sponge-like cushions that rest between the bones of the spine. When a disc bulges or herniates outward, it can cause irritation or pressure on the spinal nerves, resulting in a condition known as sciatica. Sciatica is characterized by back and leg pain and weakness. Physicians often recommend that patients try six weeks of anti-inflammatory and pain medications before considering other treatments. "Most protocols call for a minimal approach to initially treat a herniated disc," said Alexios Kelekis, M.D., Ph.D., assistant professor of interventional radiology at the University of Athens in Greece. "But by deflating the disc and giving the nerve root the space it needs, disc decompression solves the problem of root irritation and prevails in the long run." In percutaneous disc decompression, interventional radiologists use image guidance to puncture a bulging disc through the skin with a needle and deflate the disc by either removing some tissue or using energy to dissolve it. The procedure is performed on an outpatient basis under local anesthesia, and patients are usually able to return to normal activities within 30 days. In this study, Dr. Kelekis and colleagues treated two groups of patients with herniated discs and sciatica confirmed by MRI. Both groups included 17 men and 14 women complaining of back and leg pain. The mean age of patients was 36. Both groups had tried different conservative treatments in the past without success. The first group, which received six weeks of rigorous conservative therapy consisting of analgesics, anti-inflammatory drugs and muscle relaxants, reported pain reduction and improved mobility at the end of treatment. The second group underwent percutaneous disc decompression. Upon completion of treatment, patients in both groups were clinically evaluated and completed a questionnaire designed to assess pain relief, quality of life and mobility improvement at intervals of three months, 12 months and 24 months later. Both patient groups reported pain reduction and increased mobility at the three-month interval. However, one year and two years after treatment, patients who had undergone disc decompression continued to improve, while patients who received only conservative therapy reported that their pain had returned and their mobility had decreased. "Up until 12 months following therapy, both groups of patients were doing great," Dr. Kelekis said. "But by 12 months beyond treatment, patients who received only conservative therapy had returned to their initial pain levels." Percutaneous disc decompression is suitable only for herniated discs that are not ruptured or too compressed. Co-authors are Dimitrios Filippiadis, M.D., Dimitrios Erginousakis, Elias Brountzos, M.D., Nikolaos Ptohis, and Nikolaos Kelekis, M.D. 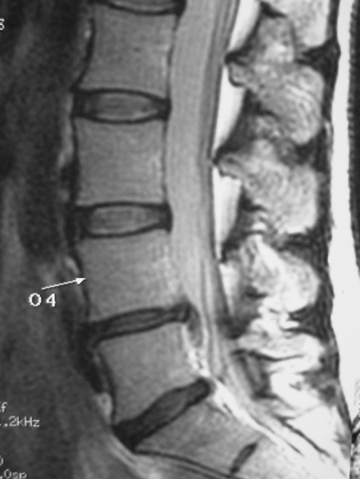 Figure 1. A magnetic resonance (MR) image of the spine prior to treatment for a herniated disc. Figure 2. A magnetic resonance (MR) image of the spine prior to treatment for a herniated disc. 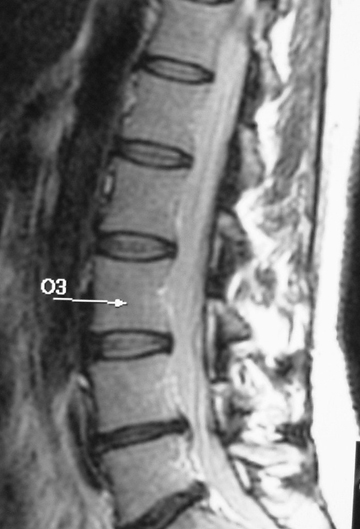 Figure 3. A magnetic resonance (MR) image of the spine one year after treatment for a herniated disc. 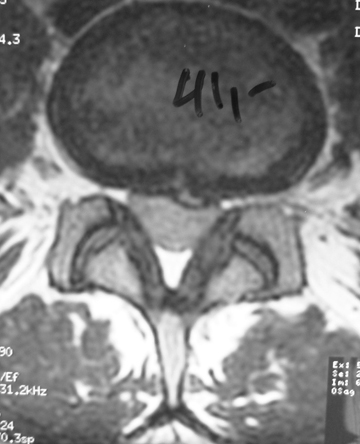 Figure 4. A magnetic resonance (MR) image of the spine one year after treatment for a herniated disc.