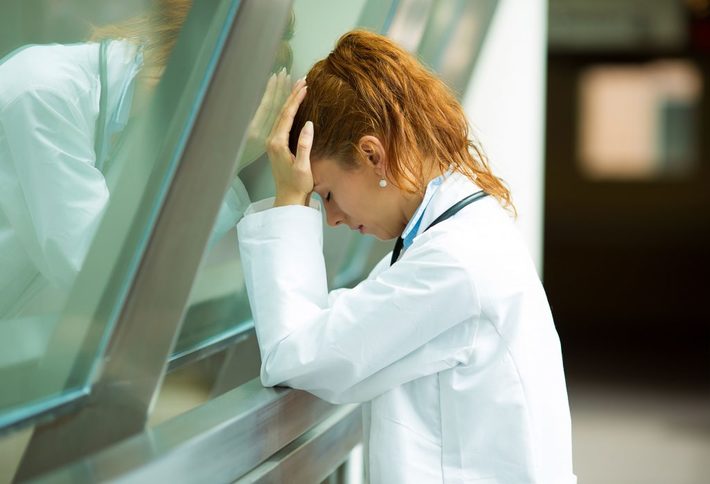 Burnout and depression have become dire epidemics in the medical community, and it’s unclear if there’s a way to improve physician mental health. Among the specialists grappling with immense stress are radiologists, with 45 percent reporting feelings of burnout, according to a new report from Medscape.

The 2019 National Physician Burnout, Depression & Suicide Report surveyed over 15,000 physicians across more than 29 specialties. The researchers found that the vast majority of depressed physicians, or over 66 percent, feel that their mental health impacts their workplace behavior. Fourteen percent of those physicians say that due to their depression, they’re making mistakes they wouldn’t make under healthier circumstances.

In the United States, approximately one physician commits suicide every day, and the suicide rates are higher than any other profession. However, most physicians don’t seek help for their depression or burnout. According to Pamela Wible, MD, a leading anti-physician suicide advocate, “Medical training teaches us to ‘suck it up,’ so help-seeking is not a well-honed skill among doctors.”

Radiologists are some of the specialists least likely to get help for their depression or burnout — with only 26 percent reportedly seeking psychiatric help. Many doctors avoid getting help due to cultural pressures and stigmas within the medical field, and as one general surgeon said, “If it were known that I need mental health treatment, it could have serious repercussions for my career.”