Using fMRI to Get Over Heartbreak 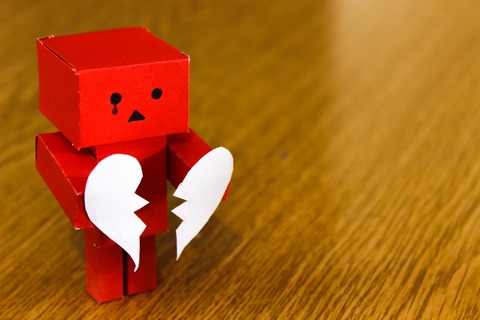 Rapper Dessa was having a hard time getting over her ex-boyfriend. For years, she felt trapped in a mental cycle of obsession and pining. After unsuccessfully trying all of the traditional break-up remedies (time, distance, and focusing on friendships), she knew she had to do something radical.

Helen Fisher’s fMRI study on the neural mechanisms of being in love inspired Dessa to examine how her heartbreak is reflected in her brain. She put a call out on Twitter asking if anyone wanted to trade fMRI scans for backstage tickets and whiskey.

A barter was made, and Dessa went in for her fMRI scans at the University of Minnesota. She underwent two scans: one where she was looking at a photo of a platonic acquaintance and another where she looked at a photo of her ex. Her ventral tegmental area (VTA) lit up when she looked at her ex but not when she saw her platonic friend.

As a way to tame the VTA activity, Dessa sought out electroencephalography (EEG) therapy, which involves a cap covered in electrical nodes that monitor brain waves to understand their visual or audio signs. Patients can use the information from the cap to retrain or eliminate brain activity or turn the volume down on regions that are too overwhelming.

Although Dessa might be the first person to use EEG to mend a broken heart, she believes that after nine sessions she definitely noticed an improvement. "Before, I felt that I was really under the thumb of a fixation and a compulsion," she told NPR. "And now it feels like those feelings have been scaled down."