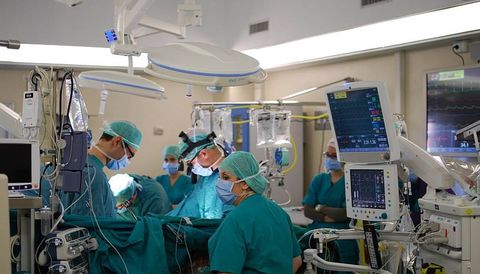 Researchers at John Hopkins University’s schools of Engineering and Medicine are using MRI images of human hearts to create 3D personalized models for physicians to identify and eradicate heart tissue that can cause the organ to go into cardiac arrhythmia. Their findings were recently published in Nature Biomedical Engineering.

Typically, cardiac ablation, or the process of locating and destroying tissue associated with errant electrical impulses, involves loose estimations and uncertainty. The conventional procedure requires the physician to thread a catheter to the heart and destroy specific heart tissues using radiofrequency waves. Success rates for cardiac ablation hover around 50 to 88 percent, and it’s challenging to predict results, according to lead study author and biomedical engineering professor Natalia Trayanova, PhD. Through the use of MRI images, researchers are decreasing the risk with this delicate practice. Dr. Trayanova is confident about their new technique: “Our new study results suggest we can remove a lot of the guesswork, standardize treatment, and decrease the variability in outcomes so that patients can remain free of arrhythmia in the long term.”

The researchers constructed heart models of 21 people who had underwent “successful cardiac ablation procedures for infarct-related ventricular tachycardia.” The models were created by using late-gadolinium-enhanced MRI and accurately indicated where physicians had ablated heart tissue. In some models, the ablated tissue was 10 times smaller than the area that was eradicated during the patients’ operation. By poking the 3D heart with electric signals in different areas, the computer can tell if each location’s tissue is susceptible to developing an arrhythmia. Researchers program the computer to conduct several ablation simulations to determine the exact locations where doctors should ablate on the real-life patient.