VR Helps Diffuse MRI Fears for Children and Their Parents 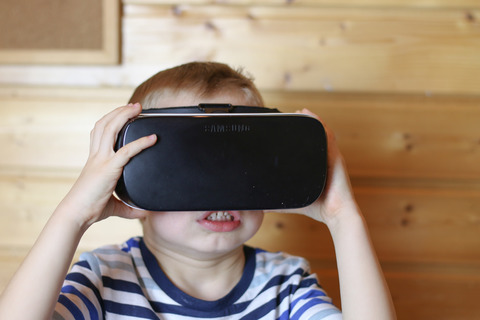 National Health Service physicist Jonathan Ashmore, PhD, has spearheaded the development of a virtual reality (VR) app that gives children who are nervous about their upcoming MRI an exact idea of what the procedure looks like.

Children and their parents alike can be very anxious about a scheduled MRI. The inter-family anxiety can only worsen the experience for the young patient. The free app delivers a 360-degree perspective from inside the MRI so that children and fearful adults can be emotionally prepared for the experience before they undergo the scan. The app can be especially useful for evaluating epilepsy cases. It’s hard for physicians to determine the cause of epilepsy in young patients without getting a high-resolution MRI first. However, any kind of movement from the patient can ruin the image. Since the app educates them on what will happen in the scanner, they’ll be calm and still during the procedure.

Overall, Dr. Ashmore and his VR team have only received praise and appreciation for the device. According to an article he wrote for The Guardian, “We trialled it on a handful of young patients and the response was unanimous: children seemed to love it. We even had fights breaking out among siblings in the waiting areas as they all wanted a go. Some children exclaimed they were even excited to come in for their scan.”

Dr. Ashmore worked with the King’s College Hospital Play Specialist Team and Jerome Di Pietro, a Learning Technologist, to make sure that children would effectively connect and learn from the app. So far, the VR device has been used at King’s College hospital, the Royal Belfast hospital and Raigmore Hospital in Scotland. There are also plans to introduce it at Guys and St Thomas’s hospitals in London and Southampton hospital.