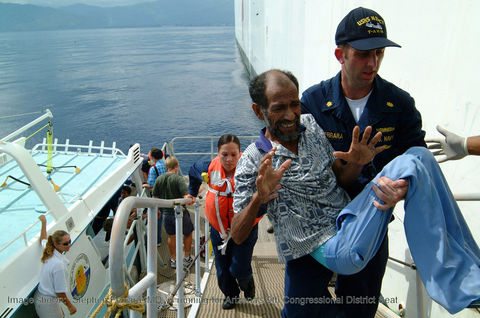 There are 15 doctors serving as Congress members, but the House of Representatives might be welcoming its first radiologist Congressman come 2019. Running on the Republican ticket, Stephen Ferrara, MD, a former U.S. Navy chief medical officer, has raised over $250,000 to run for a seat in Arizona’s 9th Congressional District. He has received support from the American College of Radiology Association’s bipartisan political action committee.

Ferrara served for 25 years in the military and only retired from active duty last year. He then started working at the Phoenix VA Health Care System, where he’s both the Chief of Interventional Radiology and Residency Program Director. According to his campaign site, his mission is “putting Washington back on track”. Here’s where he stands on a variety of issues:

Healthcare. Ferrara criticizes the Affordable Care Act, and said it “has shown that having insurance is not the same as having a doctor.” As a representative, he claims that “helping rectify healthcare disparities will be one of my chief priorities in Congress.” Ferrara served as Robert Wood Johnson Foundation Congressional Health Policy Fellow. He helped draft the bill that repealed the Medicare Sustainable Growth Rate.

Veterans. Ferrara wants to change the bureaucracy of the VA system that “allows the few bad apples to ruin the barrel” by eliminating administrative appeal processes and readily replacing low-performing practitioners with more capable workers.

Immigration. As the grandson of an Italian stowaway, Ferrara believes that as a result of U.S. immigration policies, “laws are unenforced, honest people are forced into the shadows, and criminals are brazenly harbored in sanctuary cities.” He also wants to deflate the opioid epidemic by implementing more security measures across the Mexico-U.S. border, and pressuring China to shut down fentanyl laboratories.

“I think experience in radiology is a huge asset,” Ferrara told Radiology Business. “How many politicians have taken an oath to take care of people and do no harm? Not very many.”